Does an extra wet nose mean your dog is sick?

Why do dogs have wet noses? Does an extra wet nose mean they’re sick?

Occasionally, a family will bring their pet into the clinic because they feel like they’re not well. They just can’t put their finger on it, but something’s not quite right. The list of problems will vary, from family to family, but quite consistently pet-parent’s will comment on the wetness, or dryness, of their pet’s nose as a sign of how sick they might be. There is a well-ingrained notion that a healthy dog should have a wet nose, and a dog who is very unwell will have a dry nose, and this should be a cause for concern. But is that truly the case? To look into it further, I think we should start from the beginning…

Why are dog’s noses wet?

What is that moisture on the surface of a dog’s nose? Well, there’s two things that should normally be coming out of the schnoz – tears which are draining from the eyes, and mucous that is produced from within the nose. Mucous helps with a lot of different functions, but importantly in dog’s helps to capture scents for the dog to process and better understand the world around them. So, essentially that ‘moisture’ on your dog’s nose is a little bit of tears, and a little bit of dog snot.

Is a dry dog nose abnormal?

It certainly can be, but dryness isn’t really reliable when it comes down to figuring out if they’re well or not. Some dogs just have drier noses than others. In other cases, dry noses can be caused by stress and illness, dehydration or even eye problems which stop tears from draining through the nose.

When should you worry about that nose?

Whilst a dry nose can sometimes be abnormal, an overly wet nose can also be a sign of trouble, and shouldn’t be ignored.  And of course, the nose shouldn’t be ulcerated or crusted, this can indicate other underlying conditions which can become problematic. Lupus can start by causing the nose to turn from black to pink, whilst pugs and bulldogs suffer from overly dry noses which become hard and often painfully crack.

Was this information about noses helpful? Anything giving you a burning desire for more information?
Let us know – drop us a comment or shoot through an email. 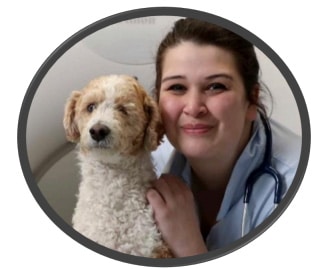